March 27th marks the third year of One Hour No Power, Vote for Earth!

The countdown has begun for Earth Hour 2010. I pledge once more to turn off my lights, computer, phone and anything else that eats up valuable energy.

“The movement symbolizes that by working together, each of us can make a positive impact in this fight, protecting our future and that of future generations” ~WWF

Join Suniechick, World Wildlife Fund, Alanis Morrisette, a variety of US landmarks and many other companies, countries, cities and people around the world in taking part of One Hour No Power 2010!

The time has come to celebrate our wildlife! 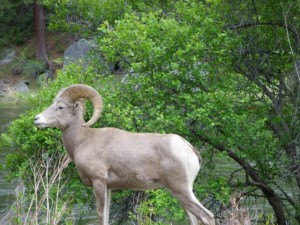 You ask why is this post going up midway through the week? I say because it’s not too late to get involved and celebrate!

What is National Wildlife Week?

It is a time to take notice of the beauty around us and the importance of protecting and conserving what is left.It is a time to honor nature and the bounties she provides for us.

What can You do to get involved?

It’s as easy as getting outdoors! Hike, bird watch, animal watch, learn to identify a new plant; any of these and more.

You have the opportunity to not only participate yourself, but to get those around you excited as well. The National Wildlife Week website has a mountain of information and activities for all ages.

In this world we shouldn’t need a special week to commemorate what is gifted to us. Everyday should be a wildlife celebration.

So what are you waiting for?

More than 400,000 acres will soon be opened up, losing their protection to full forest uses, including logging, road construction and phosphate mining. (Barker) The plan establishes five management themes that guide timber cutting, road construction and mineral development in 250 designated areas. On Thursday, October 16th the rule was published in the Federal Register and now supersedes the 2001 Clinton rule. Jonathan Oppenheimer of the Idaho Conservation League says “The protections provided by this rule demonstrate the importance Idahoans place on our rugged backcountry. This appreciation for the land and for Idaho traditions of hunting, camping, hiking and fishing led to a plan that will ensure that our kids and grandkids have the opportunity to experience Idaho at its best.”

The 2001 rule prohibits the construction of new roads in inventoried in roadless areas and prohibits the cutting and selling of timber from these areas. (“Roadless Conservation Final Rule”) Idaho has chosen to overturn the federal regulation on multiple attempts. The new rule would allow more than 50 miles of road construction, 15,000 acres of logging and about 75 million board feet of logs to be removed over the next 15 years. (Barker) This will possibly cause irreparable damage to the environment. Causing irreparable damage is included in the original 2001 roadless rule. Other states that have tried to overturn the Clinton-era rule are Wyoming and Montana.

The roadless rule has been a source of great controversy and has raised the heads of  environmental groups. The Wilderness Society and Greater Yellowstone Coalition are among the many who protest Idaho’s idea that they can go against federal law. Even the Idaho Conservation League was originally opposed to the Idaho Roadless Rule. They have since decided that trying to find a balance was the best path. The new rule does not go without its pros and cons. Those in opposition fear that it won’t stop here, that the remaining roadless areas will be in jeopardy in the not so distant future.

A natural resource goes far beyond the definition of a material source from nature that is economically beneficial to humans. (“Definition: Natural Resource”) The value of our environment can not be measured in simple dollars and cents. There are the benefits of enjoyment, memories, strengthening relationships, and not to mention the preservation of our world for future generations. The roadless areas in Idaho are truly a natural resource that needs its people to defend it.